With all the hype about the Corona Virus is has been a shock to me to realize that my husband and I are in the high risk zone. Good grief are we now really old? I remember riding in the car with my mother when she was 95 and she said “I think I can consider myself old.” 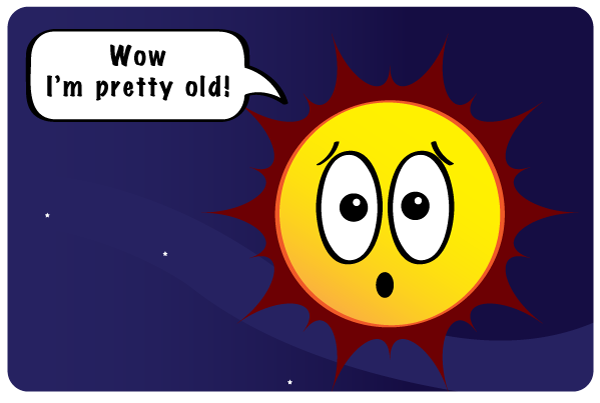 That is what I was hoping to do but heavens all the news people are making it clear that we are already there! I refuse to believe it.

My children have also called to warn us about being around large groups of people. It reminded me of the time they told me to make baby blankets so that if I was not around there would be some for their grandchildren. Have we fallen into the Twilight Zone?

We will be cautious as that is the smart thing to do but really!

For those of us who struggle with mental health issues it is easy to look down on ourselves. We have the idea that we are not as good as others. Unfortunately, for some, this is what we have been told.

This is so far from the truth. Some of the most famous and inspirational people suffered things that would be categorized as a mental health issue today. Below is a list of some of these people and an estimate of their problem.

We may not consider ourselves to fit into this list but it is obvious that we all have something to offer to the world. Never put yourself down. Know that you have gifts that are needed. Ignore those who want to put labels on you and just keep going.

The two perspectives listed here show two sides of this word. One is the act of us being accepted by someone else. The other is from our perspective. Our acceptance of someone else or something else. Both of these are important.

How many times have we wanted to be accepted by other people. How many times have we wanted to belong to a group, join a club, or some other organization? We worry about ourselves. Will we meet the standards they want? Are we good enough? We may experience a feeling of angst while waiting for an answer. Sometimes we are too concerned with what others think. We don’t think well enough of ourselves. It can cause us to be afraid to try things. We may not think that we are good enough. We can have the sense of being an outcast or that we don’t belong.

The other thing is having the courage and wisdom to accept the things that happen to us in life. Acceptance can bring us to a place of peace and calm. Knowing that there are some things we cannot change is an important fact of life.

The other side of the coin is our acceptance of others. How many of us have been in a group that rejected other people. My youngest child while in high school was asked to join a prestigious club. She discovered that her best friend was not also asked to join. I was so proud of her when she turned down that invitation. Her concern was for her friend and the judgment of others meant nothing.

It is so easy for us to reject others without any knowledge about them. We too often take outward appearances and don’t look deep enough. We may find that someone who we deemed unacceptable is actually one of the best people we know. It is so easy to pass by the homeless person on the street. We make assumptions about their life, their intelligence and their perspective. When I worked for the church there was a man who was homeless. After having several conversations with him I discovered that he was quite brilliant and homelessness was not the norm for him. It helped to show me that judgment is not always based on reality.

When we think about the word acceptance we have to look at both sides. We have to remember the times that we were not accepted and also the times that we rejected someone else. Be careful with the choices that you make about other people and understand the mistakes others can make about you.

Recently a college near us ran into some controversy. A novelist came to read a selection from her recent book and students protested and burned copies of the book.

The novel, Make Your Home Among Strangers, is by Jennine Capó Crucet, ​an English professor at the University of Nebraska, Lincoln, who came to the Statesboro, Ga., campus last Wednesday to read “Imagine Me Here, or How I Became a Professor,” an essay included in the novel, according to a statement from Crucet.

Make Your Home Among Strangers was selected among a list of recommended readings for freshmen as part of Georgia Southern’s first-year experience program. It is the story of a first-generation American born to Cuban immigrant parents who is accepted into an elite university and is rejected by her family as well as the white students at the college.

Students were offended  by some of her statements about white privilege and staged the protest. The school responded with statements.

Vice President for Strategic Communications and Marketing John Lester wrote in an email. Book burning does not align with Georgia Southern’s values, Lester told USA Today. But the university does uphold students’ rights to assert their freedom of expression, he said.

I cannot disagree with the students right to protest. However, I was a young child about 5 years old at the end of WWII. I am sure I didn’t remember much then but as I grew older and understood Hitler’s policies I was appalled by the burning of books. The episode at the school triggered memories of burning books and banning books. This, for me, is a reminder of where things are headed when we are told what we can and cannot read.

These students were not around when books were burned to remove freedoms. They don’t have experience of thoughts being limited and controlled. I know that was not their intention but I am always anxious when I hear about books being burned.

In some of my recent reading I came across an interesting fact. As a Christian I have learned about original sin….the sin that came from the mistakes of Adam and Eve. However, the history of this idea was not originally connected to Jesus. It was not know in the very early church. It was not a doctrine accepted by either the Jewish faith or Islam. It is another doctrine that was hammered out when the early church was struggling to keep some cohesiveness of ideas.

Several communities of Christians developed ideas that others saw as heading the wrong way and tried to wipe out what they considered heresy. The struggles led to the Council of Nicea where many church fathers sat down to come to some agreement. Many doctrines of Christianity came from this meeting.

The interesting thing to me is that things we have been taught as “truth” may have a different beginning than we realized. It shows how what we learn from those around us can be colored by their viewpoint.

Reaching back into time to find the history of concepts we have learned may bring a different perspective entirely.

Not too long ago I saw a program that had people tell about their backgrounds and explore some of the prejudices they had about those from different cultures. countries, and races. They then had their DNA tested and it was interesting to discover that many of them had DNA in common with those they thought were different from them. It was, for them, a wake-up call to re-examine what they had been taught.

Never be afraid to explore the birth of customs and ideas. We may find that their beginnings are not what we thought. If, by doing so, we could discard some of our learned prejudices we may create a better world.

People often don’t want to admit to a mental illness because of the stigma attached. One of my physicians said “I don’t want to put down anxiety on your chart.” It made me think that until we are willing to take on that diagnosis the stigma will not stop. 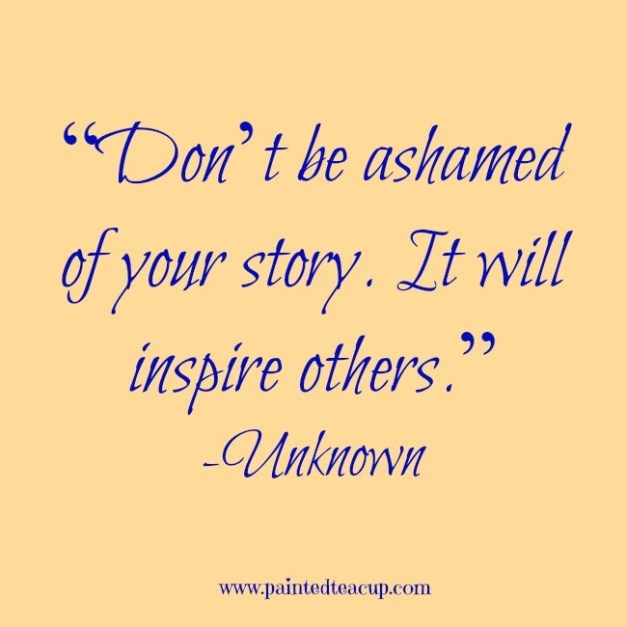 There are so many people with mental problems. There are so many who know they suffer with it but cannot reveal it. If we could accurately count the people who are out there I’m sure the numbers would be staggering.

Maybe some problems are longer lasting (maybe forever) and other are transient. I almost wonder if there is anyone who has not suffered in some way. I mentioned before that my daughter, when working as a psych nurse, was asked how you tell normal said: “Can you get up in the morning, eat, dress, work, sleep some and start over the next day? If you can you are normal.” All the trials and peculiarities of each life do not affect the ability to function. Yes, there are those who can’t and God willing, they can find help. The rest of us may feel that our life is erratic and up/down but still manage to get through most days.

We continue to live and will not let our issues define us. Who, from the outside, can know what transpires in each person’s life? Who is arrogant enough to label anyone else? Only those who think they are “better than.” Their opinion does not define anyone at all. It only let’s us know the shallowness of their own psyche.

Never let other’s labels define you. Every person is valuable and important. Every person’s life has meaning. Show the world that everyone matters!