Today I have encountered several things that bring into focus some major issues plaguing our culture today. I think we may be beginning to see the result of changes in the precepts for raising children. As we began an era were in most families two parents were working the parents, trying to spend “quality” time with their children were lured into the idea that everything should be as perfect for them as they could make it. I am not accusing the parents. The changes in society brought this about.

Now if things aren’t perfect for that group of adults they feel deprived and entitled to more. They grew up thinking that everything would always go their way and want to insist on it in their adult years.

At the same time we began to change how children were treated in society as a whole. We fretted about feelings so that there ended up being no winners or losers. Everyone was treated “the same.” Unfortunately everyone is not the same. That is actually a good thing and learning early that things aren’t fair prepares you for what you face later in life.

Because children were the most important thing in the world they would naturally not care about others but only look at continuing to get what they expected. Others don’t matter. Many times money was used to get them what they wanted as in the case of the parents who bought their children into colleges. What did they learn from that?

We have lost values. Values are “a person’s principles or standards of behavior; one’s judgment of what is important in life.” (dictionary) Unfortunately I sense that this may be the beginning of a major change in our way of life. The decline of morals and the change of values to “me” and money is a bad trend. We have to correct this direction.

My husband is scheduled in April for the implantation of a device to prevent clots. This started me thinking about such devices and prescription drugs.

The FDA regulates drugs and devices used in the US. In general this is a good thing but there are some holes in the system.

If a device is very similar to another device it can be approved without as much testing as the original. This can be used by companies to slide in products that have not had the extensive testing required by the original. For example, there is not just one heart valve replacement on the market and they may not all be considered equal. 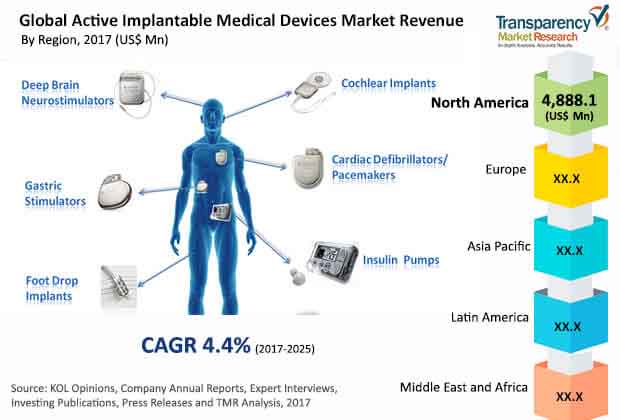 There are similar issues with drugs although the problem can present in a different way. Has anyone wondered why the company that raised Insulin prices astronomically was able to do that? A small change in the medication made it able to considered a different drug and was therefore allowed a different patent allowing the price gouging. Insulin was originally given away by its creator in order to help mankind. Look what has happened now.

We have so many problems with our medical system and these are ones not always at the forefront. If only we could all care about the patient and not all the outliers how wonderful the system could be.

Recently I wrote about the things that will be coming in the future and there are still some things that I can see ahead. I wonder what will happen with genetics. Will we be able to solve and end children being born with serious defects? Will we be wise enough to use the research in an ethical manner? As our knowledge of our most basic programming grows will we be able to use it for good? It seems that there is always someone who can corrupt the good.

There are so many ethical issues facing us as our knowledge of smaller and smaller particles put us at risk. The same is true of our understanding of the universe and all it entails. With ethical behavior seeming to decline how will we cope with information that could change everything?

I probably will not be here to see how this all comes about but I pray that our ethical and moral decline will turn around and we will have the wisdom to do the right thing.

People who lived during the Kennedy days know that he was not perfect. We do, however, know how intelligent he was. I don’t think anyone can be a perfect president. It’s not possible.

Today I am distressed and anxious about out government. It is impossible to know what to believe. News is no longer news but opinion. We can’t count on what we hear or read to be the truth. There is so little actual work being done. Time is only spent trying to destroy each other. This is not how our congress is supposed to be.

I find the quote by Kennedy to reflect where we are now. I’m not sure that it the whole nation that is afraid of its people but those in charge. The people are seen as uneducated, unprincipled, undisciplined and unable to think clearly. Those in power see themselves as the only ones who can determine the future path of our nation. They have no desire to follow the pleas of the people begging for changes to set the government in order. What do we do to make them hear and understand?

Today I wrote on my other blog about the erosion of Christianity happening in our society. This erosion is also true in other areas of our lives. We have already lost so much of our moral sense and what behavior is acceptable.

Rudeness and uncaring have become the order of the day. Anger is rampant. We have a society of entitlement and very little else matters.

Our media is violent, making us tolerant of almost any kind of atrocity. The news is biased to the point of the ridiculous. In fact it should not be called news but opinion. Children have to be taught that what they hear and see must be scrutinized carefully to determine its veracity. Most of them accept what they see and hear as true.

Our government is corrupt and careless of their behavior but quick to accuse opponents of the exact same thing. Hollywood idols lead youth into imitating their behavior.

The frightening thing is what to do. How do we turn things around and bring sanity and moral fibre (moral fibre (Britain) The inner strength to do what one believes to be right; often an ability to make difficult decisions.) back to our country? I wish I had an answer. Yet, I am one and I will continue to make my voice heard whether heeded or not. That is all that there is.

It has been a fun and interesting week. The visit with my daughter and her family has been fun. Family together is never without its moments but this has been good.

I feel so blessed that my children “like” each other as well as love. the “liking” part is not always present in families. It is so easy to love someone as family but dislike the way they are. There are times when we can get on the outs for some reason but is has always blown over. I hope that part of that is due to my husband and I. At least I would love to think so.

Families are tricky things. It is so easy to forget that everyone is their own person and has thoughts, beliefs and ideas separate from others. The lifestyle of my three children is much different from each other but they still get along. They are vastly different in personalities and have each pursued totally different careers. I am glad they have followed their own paths.

If you have children don’t be afraid to let them follow their own path. Obviously, they need love and direction but they are individuals. As they grow they need solid underpinning knowing that there is someone who will be there no matter what. They also need someone who will teach them a moral compass. With this behind them they will grow into good people.

Today I have been thinking about how the world around me has changed. There is a caveat in that I live in the South (US) and mores are recognized more here. However, it is apparent that having seen, what I call, the “me first” generation there has been a drastic change in how people behave.

The word “courtesy” has almost disappeared. Language has become coarse and  there is no place where it is not used. Words that were curse words had some power when they were used since they were used seldom. Today they have lost their impact as they are part of everyday conversation. I will have to think of some words to use when really upset like “prithee pox” and “egad.”

Considering others is on the back burner. Kindness is slipping away. I am also interested and amazed how sexuality has become a primary focus. I, for one, could care less about others sexuality. It is a part of life but do we have to consider it the most important thing about someone? There is so much more to a person than that.

Political Correctness has gone way overboard. If you and I don’t agree then anything I say makes me prejudiced and you are a “victim.” There are now more victims than people.

In addition moral codes have changed to the point that there are none. Everything is decided individually and anything goes. Respect is a forgotten word.

Most of the people who I follow on Word Press are caring and concerned about others. Can’t we spread our concern and courtesy to others? Things are going downhill.