Yesterday I didn’t write. I didn’t write because grief slipped up on me. I have been spending time with my friend whose husband is sick and last night she called that her husband wasn’t doing well. He is now ok but it brought back memories of the year and a half that I spent with my friend with lymphoma and her daughter. I haven’t written much about that since it happened before I started my blog.

My friend lost her husband the year before and then was diagnosed with lymphoma. She had spent her life caring for a daughter born with multiple heart defects. Her daughter lived a good life for someone with this serious a problem but her life was a series of ups and downs. My friend put everything into allowing her daughter a “normal” life. She put herself, her money and her other children. Life was difficult. She did the best she could with what life had given her. The last year of her life was filled with pain, hospital visits, anxiety and struggle. She worried what would happen to her daughter. She died in January of 2016. I became the support of her daughter. The daughter’s brother helped and gave up his life to do so. Her heart gave out in the summer of that year. 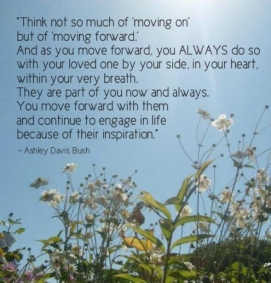 The point of all of this is last night I felt as if I was reliving that time. Grief comes in waves and we never know when it will show up again. The only thing that we can do is roll with the flow and just ride it out.  I have a busy week ahead and life will move on but the sadness lingers. We have to look ahead and know that there are new days coming. Some good and some bad but new and different. Today will move on and a new day is coming.