In America the president reigns for four years and journalism governs for ever and ever.-—Oscar Wilde

I am constantly frustrated by the fact that the press in so biased. I don’t care if you are right or left politically. It doesn’t matter. Either way you are bombarded with news that is so slanted as to be unbelievable. I am not sure but that the press rules the country.

I am a moderate in thinking, and I hope, action. I am almost extinct. A creature dying out. It seems that there is no one concerned about what is best for this country or its people but only that their opinion rules. 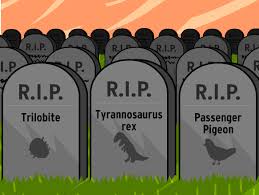 Elected officials used to vote on issues based on its merits. That doesn’t happen any more. We no longer have statesmen, only politicians. I know that our founding fathers and spinning in their graves. They imagined a congress where people left their jobs temporarily and served for a short time and returned home. Now we have members who have been there for many, many years.

The government has totally lost judgment, responsibility and critical thinking. I would bet that the most intelligent and moral individuals would run the other way if asked to serve.I hope that somehow reason raises its head but I have my doubts. The country seems to be dumbing down on knowledge and entertainment is king.

Now I have had my rant for the day.

I hope the rest of your week-end is wonderful!