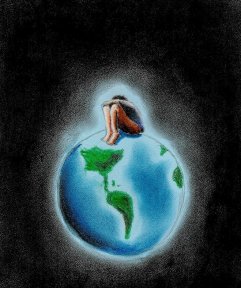 The last few days have been very strange. We have spent most of our time watching the path of hurricane Irma and preparing to leave. The Governor of Georgia declared a mandatory evacuation of Savannah. We were supposed to begin leaving this morning. However, the storm has moved so far west compared to its original projection that we are unlikely to get more than some wind and rain. So we are still here. The house is covered with storm shutters and feels very strange. As of today nothing is open where we are but most of the people we know have chosen to stay. We are not fools and have left several times for storms but essentially we would be driving west where the storm will be over land and still have high winds and rain. It just doesn’t seem logical to go toward the storm. Unless something changes we will stay.  There will be some storm surge of water but we are not in an area for that to reach us.

All in all we are bored to tears. It almost feels like some apocalypse has taken place and there is no one left. It is eerie to see empty streets and stores and restaurants closed. Hospitals are open and some shelters but I doubt the shelters will be needed except for those homeless who will need escaped from the rain and wind.

With the world the way that it is I can imagining this sort of scenario. It is not a good feeling. Each one of us needs to do everything that we can to seek peace in the world. The sad part is that it seems to be religion dividing us. Religion being mandated by the most extreme factions. Sometimes I just want to cry over the hatred. I am learning to be more outspoken about following love. I suspect that I try to tamp down heated opinions but I feel called to step beg for love and compassion no matter what.

No matter your belief pray for the world. Pray for those in danger from storms, wars and any other disaster.