“It is a good rule to never apologize. The right kind of people never want apologies and the wrong kind take advantage of them.” From the TV show “The Orville”

On one level I agree with this quote. The wrong people can take advantage but the right people deserve an apology. Sometimes you don’t know which you are dealing with. When thinking about this I came to the conclusion that if in the wrong I would rather apologize. In some ways the apology is for me and the other person. 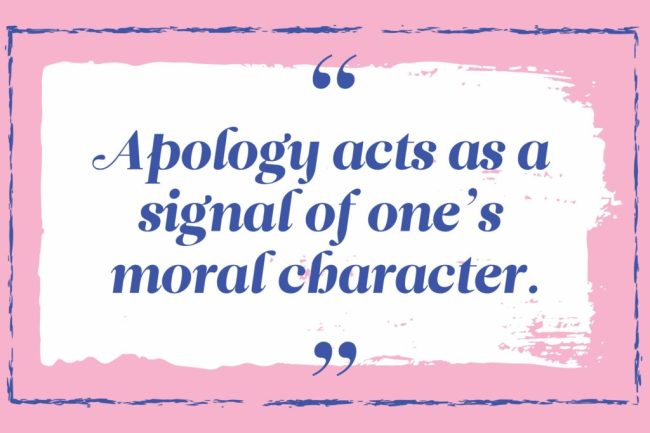 Being able to ask forgiveness makes me feel better. It also shows respect to the other person.  It takes away some of the guilt I am feeling. However, I don’t like to apologize for something I did not do. This is where I draw the line. In my life I have been accused of wronging someone when it wasn’t me. In spite of the fact of my insistence that I was innocent I was never believed. That is hard to live with.

The other interesting idea is the non-apology apology. Have you ever used this ploy? For example, I might say I am sorry you feel that way. It sounds like an apology but really I am just stating how I feel at the moment. It is however, the truth. This can work if you are in a sticky situation. Most of the time it is taken as an apology. It is one way to end any dispute and restore good feelings.

What are your feelings about apologies?